We have already trained back and legs at home. Now it’s time for biceps. Because you can hit your biceps hard at home, even without any serious equipment. All you need is a set of dumbbells, and maybe a barbell, to literally wreck every single fiber in your biceps. You don’t go to the gym, but you want big guns? OK then, let’s see what we’ve got!

If you work out at home, you are lucky with these muscles.

Last time we presented you a home leg workout, which can be split up into 3 muscles with various loads. We did it. So, there will be absolutely no problems with the biceps, that’s for sure. The anatomy of the biceps is quite simple compared to that of the quadriceps, for example. This is a relatively small muscle with two heads: a long and a short one. Its function is not too complicated either. It is used for basically 3 moves: for bending the elbows, supination and pronation. The latter two terms may sound a bit weird, so let’s see what they mean: supination is when your biceps are rotating your palms upwards, while pronation is when your biceps are rotating your palms downwards. As we keep saying, it makes no sense to do too many exercises for the biceps, because they don’t require so many by function. Plus, over-complicating your bicep routine with 5 different exercises won’t make these tiny muscles look better, because shape is mostly determined by genetic factors. But the most basic bicep exercises will exert sufficient load on your biceps, the musculus brachioradialis and all the other muscles that work simultaneously with the biceps. So it actually makes sense to do several exercises. Just don’t push it too far. No exercise will make your biceps peaked in itself. However, bombing them with more exercises will load the whole “system” in synchrony, so you can progress better. To cut a long story short: 2 or 3 exercises are enough to bomb these muscles to pieces. Problem solved. So, a home biceps workout is not a big deal. On the contrary: this might be the simplest home routine you had so far.

Now, biceps anatomy OFF. Let’s get down to the nitty-gritty!

OK, let’s see what you’ll need: if you have an adjustable dumbbell, that’s good. If you have two, that’s even better. And if you have a barbell, too, with a sufficient amount of weight plates, you are the master of the universe. But we don’t want to discourage any of you guys who lack any equipment: first, you can work your biceps with pull-ups, for example. And second, I can’t believe you can’t pick up a suitable object. Although progressive load or constant development is not guaranteed in this case, it is still a thousand times better for your arms than nothing.

If you have a dumbbell at home, and a stable surface to sit on, you can do seated or standing concentration curls or hammer curls. And you can turn basically ANYTHING into a Scott bench. See? Things you can do with one single dumbbell. Just to make you aware of the potential of home bicep workout, especially if you have more equipment. One thing to remember: there is no need to do more than 3 bicep exercises per workout. Now all you need to do is compile a routine of your own. As we mentioned before: the function of the biceps is not too complicated. So the routine doesn’t need to be too complicated either.

Now let’s get down to the nitty-gritty!

Home bicep routine, if you have the equipment

This is gonna be a basic routine, but it’s just as good as those done in a gym. Make sure you have enough weights, because you will most likely progress faster than you might think. It goes like that:

Biceps on a “Scott bench” (this can be a footstool or anything that can support your biceps in the appropriate angle): 4x10-12

Absolutely alright. 12 sets altogether, with regular rep counts. Hint: don’t go mad with 6-rep sets. It makes no sense. If you wish to grow your muscles, you SHOULD train with relatively high rep counts. Version 2, if you have a barbell, too:

Overhands bicep exercises rock. Although less load is exerted on the biceps this way, the musculus brachioradialis will burn like hell, and the brachialis will get its share, too. If you can handle higher rep counts, do it. In the last set you might as well go on until failure.

It ain’t a big deal, is it? Well, actually it is. If you are doing it right, you will be surprised. Remember: your biceps have no idea whether you are training at home or in the gym. It doesn’t matter where you are sending them to hell. All that matters is that you should do it right! Every now and then you can do drop sets or reach failure. But careful with these: don’t apply these tricks too frequently, because you might easily end up overtrained, especially if your biceps get plenty of additional load on the other workout days.

Why does home biceps workout inevitably entail some compromise?

Basically it doesn’t. However, unlike other home routines, an alternative routine that requires virtually no equipment, is less feasible in this case. So, if you have at least one dumbbell and you know the right exercises, there are no limits for your biceps. On the other hand, if you have no dumbbells or other equipment, that sucks: because in this case, pull-ups are the only alternative left for you. True, you can always find a heavy object at home. But in this case you cannot track your development and it is more complicated to increase load, too. This is rather ridiculous, so I don’t want to waste any more space on this matter.

All in all, if you have no equipment, you are not likely to succeed. But if you really want to do it, you can always get a dumbbell with a few extra weight plates, so the lack of equipment cannot be an excuse any more.

As in the case of previous home routines, the proverb “where there's a will there's a way” is especially true. If you WANT, you CAN. And believe me, there is no magic: just a few basic exercises, and your biceps will be fine. Even 2 exercises may suffice with a total of 9 to 12 sets to provide these muscles the stimuli it needs for growth. Just grab a dumbbell and start training! 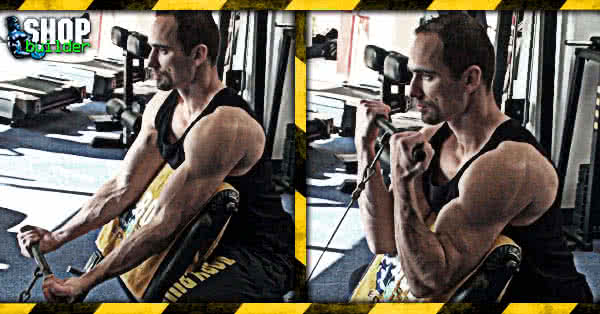 EFFECT Scott Bench Cable Curl exercise stimulates the biceps with continuous tension thanks to the cable. In contrast with the misbelief that it can elongate t...
Home workout plans 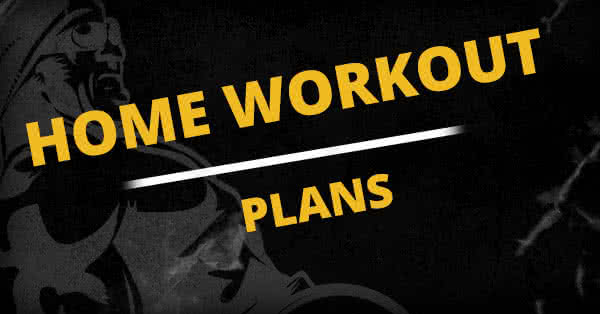 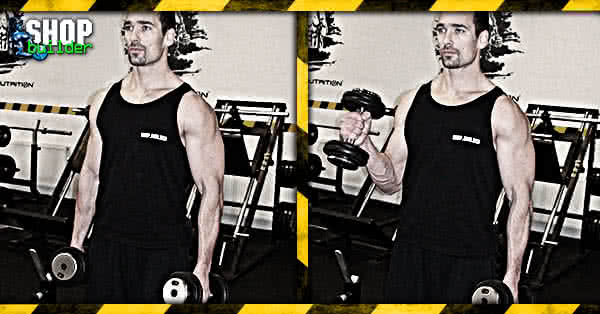 Phil Heath won his fifth Mr. Olympia title this year. His brutally massive guns are undoubtedly one of his biggest strengths, which contributes to the awesome o...