CLA: for gym rats only?

There are dozens of products out there that stimulate fat loss, so should you bother consuming CLA? The answer is not easy, but we are on a mission to find out.

Conjugated linoleic acid, also known as CLA (fatty acid) is probably the most contradictory supplement on the market. You probably heard of it, but never used it before. In theory, the product supposed to help you lose weight, but science neither confirms or denies CLA's efficiency in practice. Because of this uncertainty, CLA is one of the hottest topics amongst researchers and scientists nowadays.

How does CLA work in theory?

CLA – which is actually an umbrella name for several isomers of linoleic acids – is a naturally occurring essential fatty acid, it can be found in dairy products, corn oil and red meat, but in very small dose. It exists in very low amounts inside our bodies. In order to enjoy the benefits of CLA, we need to consume at least 3 grams of CLA per day, but without supplementation, it would be problematic.

One of the most CLA-dense foods is homogenized cow's milk, and even milk contains just 5.5 mg of CLA per grams of total fat, that means we would have to consume at least 500 grams of (mostly saturated) fat from milk daily to consume the right amount of CLA.

Conjugated linoleic acid supplements have been around on the market for more than a decade now, and their label sounds very promising.

Here's the full list of the benefits of CLA (in theory):

Alright, so after reading this you must be thinking: this is too good to be true. And yes, you are right – kind of. If all of those claims were true, every single person on Earth would take CLA pills three times a day, and after a while, everybody would be lean. Without training.

So let's get back to the real world. In reality, those who already tried CLA said it didn't help as much in their weight loss procedure as it should have, but some said the exact opposite. Normally, science would lead us out from this mess, but in this case, it just makes things even more complicated.

When researchers tested the so-called fat-burning effects of CLA in the year 2000 in rats, the results were mind-blowing. In the experiment CLA reduced rat adipose tissue cell size rather than cell number, in other words, they found that CLA doesn't burn fat, it shrinks the fat cells. So science was able to prove that CLA promotes fat-loss and increases lean body mass at the same time without training.

Some later studies have found that CLA is able to decrease some types of cancer and elevate muscle tissue in small animals. The problem is: these subjects were rats, not human beings.

Needless to say that after these promising tests they started human trials with very high hopes. The CLA hype was alive, but it didn't last long.

The word was out: CLA's effect is independent of diet and exercise, but as far as we know, there's no such thing. Anyway, they gave 6 grams of CLA to human subjects for 28 days in 2002, and the result was depressing: CLA supplementation did not significantly affect changes in total body mass, fat-free mass, fat mass, percent body fat, bone mass, strength, serum substrates, or general markers of catabolism and immunity during training.

In another experiment, half of the subjects took three various doses of CLA per day for breakfast, lunch, and dinner for 12 weeks, the other half were given placebo (fake) pills. In total, 45 obese and overweight individuals completed the study. The results came back and showed that while placebo could not, CLA actually decreased body fat mass and increased lean body mass.

Ok, the subjects were finally humans, not animals, but the biggest problem with this research is that they were obese and overweight, not normal weight individuals, like most of our readers here at Builder. The scientists paid no attention to their lifestyle, diet and physical activities whatsoever, so it's impossible to ó know whether CLA played a role in weight loss or it was something else.

The bad news is, one of the latest study's findings are the following:

"Although preclinical data support a benefit of CLA supplementation, human clinical findings have yet to show definitive evidence of a positive effect."

While as you can see, studies are confusing, they have made some things clear: So, is CLA for "gym rats" only? While a product works for one, it may not work for another – this is a common thing in the world of food supplements. Conjugated linoleic acid is undoubtedly a non-essential supplement, and the only way to tell if it works for you or not is if you give it a try and see the results for yourself.

CLA still has a big potential. If you are a trained athlete, you could still enjoy the benefits of CLA, but at a lesser degree than untrained individuals.

CLA isn't expensive, so it's definitely worth trying out. And if you did, please do not hesitate to share your experiences with us.

Meanwhile, keep reading Builder, we will keep you updated about CLA. 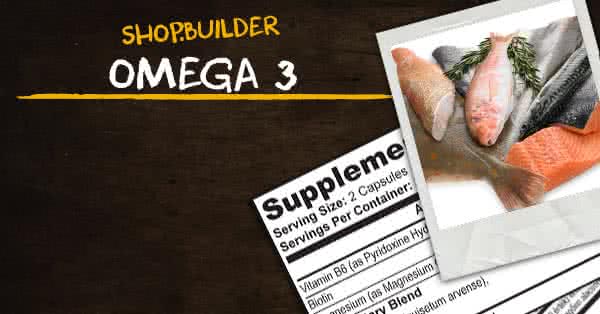 The name of omega-3 refers to a whole family of fatty acids. The best sources of omega-3 fatty acids are krill oil and fish oil, that contain extraordinary high...
Diet Basics: How a Diet Plan Should Look 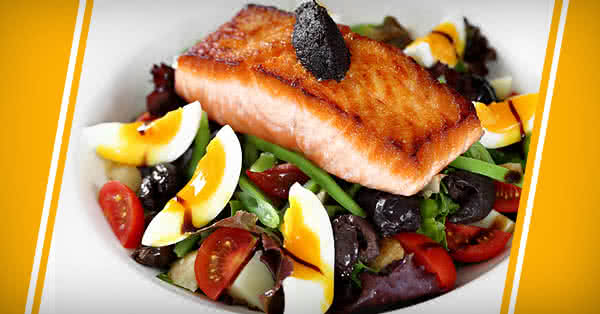 For ladies, weight loss is a permanent dilemma: what can you eat and what should you avoid in a diet? What are the diet basics and how should a diet plan look? ...