How to apply forced reps correctly

This is a quite common gym scenario: one fellow is about to die on the bench, while his buddy is helping him press the weight. This is a technique called forced repetitions, and there is no problem with it basically. But, in 9 out of 10 cases, it is applied the wrong way, risking serious injuries. Forced reps can be your friends. But if you use them the wrong way, they might even break your career.

What are forced repetitions?

This term might ring a bell to many of you. The forced reps technique enables you to push an extra repetition or two after you have reached failure in a set, with nearly the same weight, while you don’t need to take the weights off the bar. There are several key terms in the above sentence. First, we mentioned one extra rep or two. Second, with nearly the same weight. Both will play a role later, so please keep them in mind for future reference. What you can profit from this

You can stimulate your muscles beyond failure. Doing so, you can raise intensity to a new level. But, right because it is an extremely intense technique, you should be careful with it. We know, we know, you guys are not sissies. But even Béci Kathi told in the movie “Támadás II” (“Attack II”) that the training he did is definitely not recommended for everyone. So, calm down, bro: just because you are not ruining yourself brainlessly in the gym, getting injured for a lifetime or overtraining yourself, that doesn’t mean you aren’t tough.

Well, there are quite many. Some of them are related to technique. Others to frequency, while others to the amount of load. Forced reps always require two people. Unfortunately, it is not the best idea to ask someone you don’t know (and he doesn’t know anything about your strength level either). There is little chance that you can work well together. I mean really well. Like he’s not just standing behind you and maybe lends his hand for some of the reps in an ad-hoc way. So, let’s see the most common mistakes:

When you are trying so hard that you are about to soil yourself on the bench (but it goes for any exercise, not just the bench press), it’s easy to forget about strict form. Forced reps are dangerous: your core muscles are starting to wear out, and so is the target muscle. So, it is extremely important to apply this technique with maximum concentration and perfectly strict form. Failure to do so can easily lead to injury. You should pay special attention to the negative phase. Lower the weight slowly. I know, this will drain your strength, too, but remember: you are not training your ego. Your goal is to be as effective as possible. What, you can only do 1 or 2 forced reps this way? Great! It shouldn’t be more.

Success does not only depend on you. You can bring out the maximum of forced reps only if your training partner provides you only the minimum help that is absolutely necessary. If you feel the press suddenly becomes easier as a result of help, that rep was worth nothing. You should be torn apart; you should die while doing forced reps! This is not about you bragging you have pressed 8 with 150 kgs, while you can only do 4 regular reps. It should be like this: if four reps are your maximum, you should push 1 or 2 more, come hell or high water. But those 1-2 extra reps should not be easier than the ones you did before. Hell no! On the contrary! So, a lot depends on your training partner. But we have written a separate article on this topic.

Too many forced reps

Following from the nature of forced reps, you won’t be able to do too much of them, provided that you apply this technique correctly. You will hardly breath after 1 or 2 of these reps, let alone do more. Of course, you can often see training partners who help too much in the greater part of the set. This makes absolutely no sense. Let’s say there are 100 kgs stacked on the bar. Your training partner intervenes at the second rep already, and you press, say, 8... Why don’t you press 8 on your own, with, say, 95 kgs? If you can handle it at all. But I wouldn’t be surprised if you couldn’t. Don’t deceive yourself. It makes no sense and it will get you nowhere.

Too many forced reps within one workout

Another common mistake is when you do like 4 sets, with forced reps at the end of each. If you do this in each training, you can take overtraining and injury for granted. You should only apply forced reps at the end of the last set. And, if you do it correctly, you won’t be able to do more, believe me. And you don’t need to use this technique for every exercise. Only use it for basic exercises!

Working out with forced reps too frequently

Whether you train by a split routine or by another system, you shouldn’t believe that you would profit from forced reps each and every workout.If there are muscle groups you train several times a week, it is straight prohibited to train like this each workout. But even if you use the “one-muscle-group-per-week” system, there should be workouts when you don’t do forced reps. Again, the reason is to avoid overtraining and injury.

If your goal is mass gain, it makes absolutely no sense to do forced reps with weights with which you cannot do at least 4 (but preferably more) reps on your own. It’s not recommended to go below 6 reps in a bodybuilding workout routine. I, personally, would rather say 8 in 90% of the exercises. So, choose the weight so that you should be able to do at least 4, but better 6 reps without any help! No, it’s not OK that your buddy just “follows” the bar by keeping his fingers on it. No! He can stand behind you to help if there is an emergency. But he should only touch the bar when it actually stops in the course of the move. He shouldn’t follow the bar. He should rather follow Barbara, his girlfriend, to the bedroom. It should be your fight with the bar. In 9 out of 10 cases, the “I-was-just-following-it-with my-fingers” type of help means that they intervene into the move, even though minimally.

So, these are the most common mistakes you can possibly encounter when applying this otherwise great technique. Some of the above advice might seem overprotective, but believe me: I have seen way too many torn pecs or broken shoulders during the years to say: you should definitely follow these rules! It might not seem so hardcore; it would be best to die on the bench in each workout; but you can achieve that even without forced reps. And, deep inside, wouldn’t you feel better if you pressed 4 with 150 kgs knowing that nobody has touched the bar with a finger, instead of pressing 8 while half the load was taken over by someone else? Even if it is a great biceps and back workout for him. 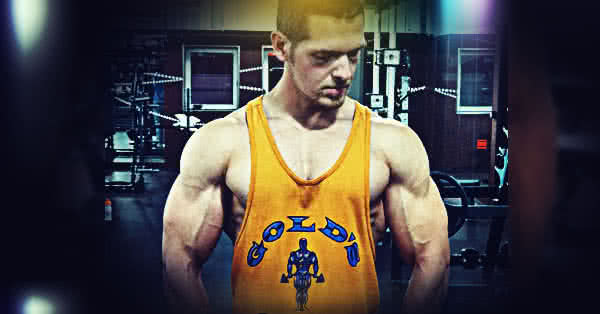 Are you tired of your usual routine and want to spice up your training program? It’s time to let your hair down with this 100-rep workout! Among others, it’s gr...