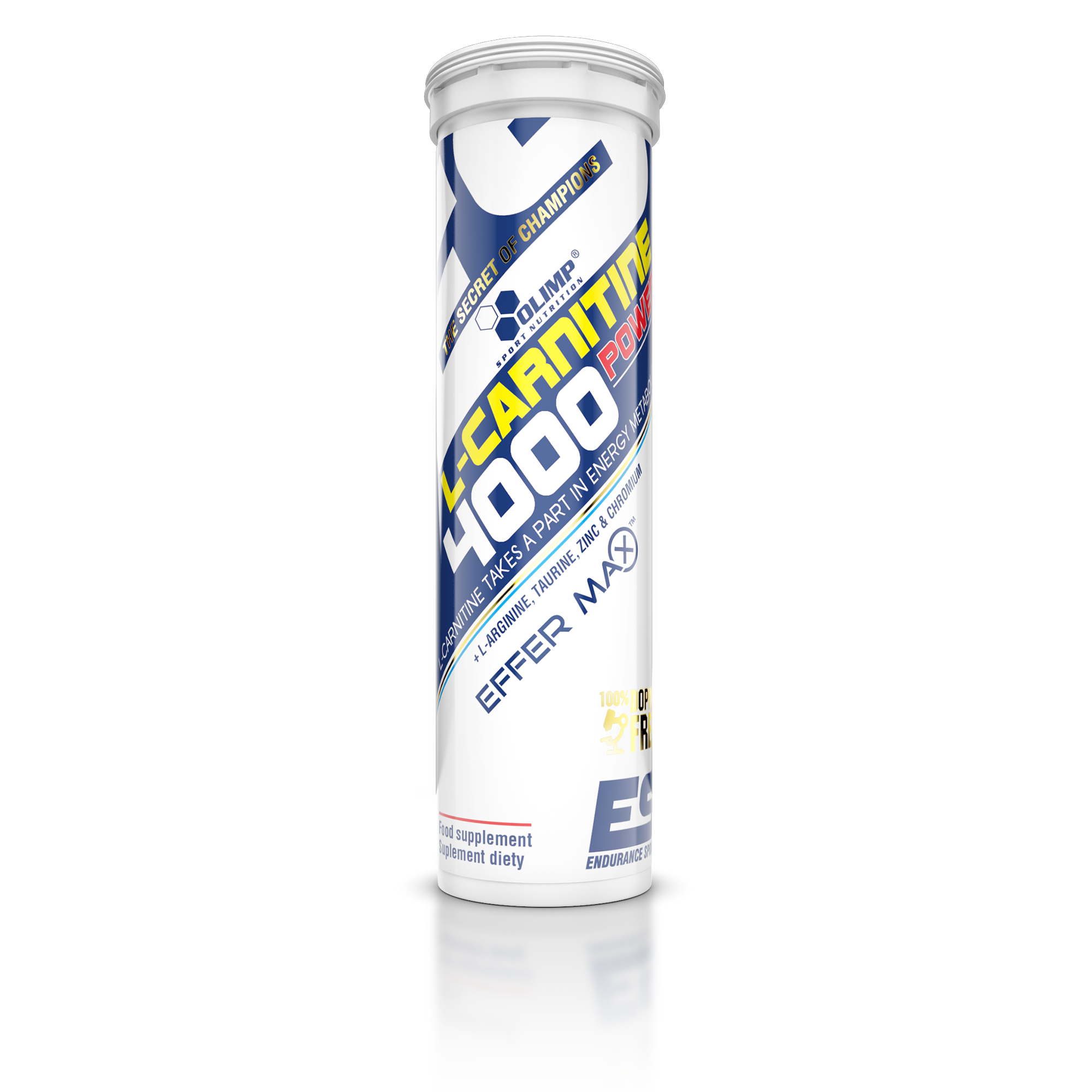 Through the thorough analysis of physical effort of people doing sports endurance both professionally and as amateurs, it can be noted that this type of exercise is characterised by many changes, where activities such as dynamic starts, quick changes of direction, sudden stops and acceleration, as well as overcoming longer distances in one go at different speeds, are extremely smoothly intertwined, altogether creating high-intensity effort. In such conditions, the anaerobic mechanisms of energy production are supplemented by aerobic transformations, which, overall, are the dominant source of energy produced by the body for the purpose of physical effort being made. For this reason, well-composed supplementation should include the use of high-quality preparations for endurance athletes, allowing to maintain a high efficiency of aerobic and anaerobic energy production.

These are undoubtedly the features of L-carnitine 4000 Power.

Its components have been collected into synergistic groups which have a positive impact on the aerobic mechanisms of energy production, based on the use of free fatty acids derived from the body's stored adipose tissue.

L-carnitine included in the product is of great importance. L-carnitine transports fatty acids and introduces them into burning processes taking place in the mitochondria - it allows the transfer of fatty acids through the inner mitochondrial membrane into the matrix of the energy centre of the cell, where these compounds are broken down. L-carnitine is therefore a compound necessary for the correct oxidation of fatty acids! It is also significant in supporting the continuation of physical effort and generating more work.
A 24-week study was conducted, during which healthy men received 2 g of L-carnitine L-tartrate twice a day together with 80 g of carbohydrates. In comparison to the control group accepting only carbohydrates, the test group showed:
- a larger share of adipose tissue in the process of generating energy during physical effort at an intensity of 50% VO2 max,
- better energy production at an intensity of 80% VO2 max,
- better physical performance by 11% (Wall et al., 2011).

Taurine also plays a significant role.
A study carried out on a group of cyclists showed increased oxidation of fat during submaximal exercise after oral administration of taurine (Rutherford et al., 2010). In the next analysis, eleven men aged 18-20 were subjected to a test on a bicycle ergometer. Exercise was continued until exhaustion and refusal to continue by the tested person. The analysis of results showed that taurine may reduce DNA damage caused as a result of the effect of free radicals produced during exercise. Thanks to the ability of taurine to protect cells against oxidative stress, supplementation using this compound may lead to an increased training capacity (Zhang et al., 2004).
Taurine can noticeably improve endurance during exercise.  According to the authors, taurine increases the capacity for endurance exercise and reduces the level of lactate - also during long distance runs (Imagawa et al., 2009).

Studies show that a greater capacity for aerobic exercise may also occur following the use of L-arginine (Maxwell et al., 2001; Burtscher et al., 2005).

Zinc is also an important component of L-carnitine 4000 Power. It ensures stable conditions of the intracellular environment and support mechanisms preventing the decrease of pH levels as a result of the large quantities of lactic acid generated during exercise. The acidic proton ions may reduce the formation of ATP and its transport to the vicinity of contractile fibres, thereby impairing the efficiency of the anaerobic mechanism of energy production. Zinc, which is included in L-carnitine 4000 Power, helps to maintain proper acid-base balance, thereby it can contribute to increasing the exercise capacity of athletes using it.

Additionally, L-carnitine 4000 Power components:
- Help in the proper functioning of the nervous system and contribute to the reduction of tiredness and fatigue - vitamin B6.
- Support the immune system - zinc and vitamin B6, which work synergistically.
- Contribute to ensuring proper energy metabolism, protein and glycogen metabolism (vitamin B6) as well as other macronutrients and fatty acids, and help to ensure correct protein synthesis and carbohydrate metabolism (zinc).

What else is known about the components of L-carnitine 4000 Power?
Zinc - provided in the form of the highly absorbable Albion® zinc amino acid chelate.
This element helps in:
- maintaining proper testosterone levels in the blood,
- protecting cells from oxidative stress.

Vitamin B6
Supports:
- proper production of red blood cells,
- contributes to the regulation of hormonal activity

Chromium
- contributes to maintaining the proper metabolism of macronutrients,
- helps to maintain proper glucose levels in the blood.

L-carnitine 4000 Power A composition of precisely carefully selected ingredients that have been used for many years in elite products that increase endurance and aerobic capacity (VO2max), intended for the most demanding athletes, particularly athletes who play team sports in which high physical capacity is a determining factor in achieving victory. The product is intended for use prior to and during the most exhausting sporting events, as well as in periods of intense exercise (team camps, training camps).

Recommended use: 1 tablet once or twice a day. 1 tablet dissolve in 250 ml of water. On workout days take one before or before and after exercise. In the days without training, take 1 - 2 tablets a day between meals.